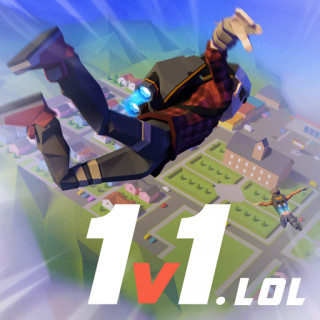 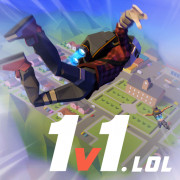 1v1.LOL – Shooting Games – cool action game in which you will not only kill opponents, but also build various buildings.

Become a humanoid robot and plunge into battles against powerful opponents. And even more than that, you can build any buildings you like in order to achieve the main goal – victory. You can download the hacked 1v1.LOL – Shooting Games for Android for free if you don’t want to limit yourself. Always confront real opponents who will be picked up by the game.

Build steps, walls, use both cold and firearms. Choose from 5 modes. In “Practice” you can always practice before the battle. Remain the only survivor of the Battle Royale. Defeat the only enemy in 1v1. Find and destroy two rivals together with a friend in “Box 2v2”. Create a team of robots with your friends and have fun at the Party.

Customize the controls the way you feel comfortable. Build and shoot as much as you want, because there will always be enough materials and ammunition. Shoot enemies with rifles from a long distance or kill them in hand-to-hand combat. But do not forget to always move and take cover, because enemies can attack from all sides. Enjoy endless possibilities, pump your agility, accuracy and speed of reaction.

Mod “Infinite Ammo” will allow you to make more cartridges when firing, unlocks all characters.