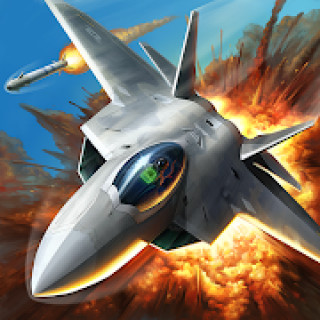 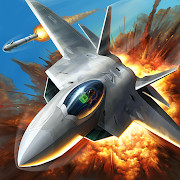 Ace Force: Joint Combat is an amazing action game in which the player will try his strength and abilities in controlling fighters of different models from all over the world.

Realize your dream of becoming a pilot of an airplane, and not a simple passenger ship, but a military fighter jet. You can choose among dozens of aircraft that have real-life counterparts in different countries. But do not forget to download the hacked Ace Force: Joint Combat for Android for free, so that you always have enough money. Then start the engines and take off.

Take part in air wars. Between battles, improve the technical equipment of your brainchild, upgrade the wings, suspension, radar, engine and other systems. You will have to participate in missions with different tasks and goals: protect, destroy or accompany your allies. Play with your friends, unite into clans and increase your team’s rating on the leaderboard.

Fight bosses, to eliminate which you will have to use the available combat power. Fly over mountains, seas, deserts and islands. Perform mesmerizing maneuvers to deceive the enemy in the best traditions of Air Combat Online. You will need a lot of courage, dexterity and fearlessness to defeat enemies and survive, despite all the obstacles.

Mod “A lot of money” will give you a supply of endless money.