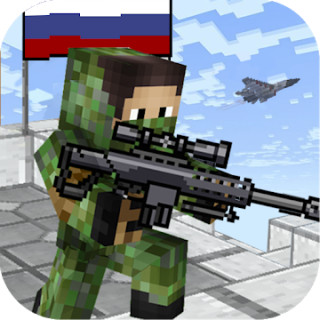 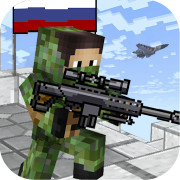 American Block Sniper Survival is a crazy action game in which you become a sniper and will deal with the destruction of attacking enemies.

Start a confrontation with many opponents who decided to capture the tower. Your task is to shoot everyone who comes close. Take up arms and go to patrol the corridors, rooms and the roof. Be careful, opponents can attack not only from 4 sides, but also from the air.

Collect ammo while exploring the building and periodically replenish your health. Decide to download the hacked American Block Sniper Survival on Android for free if you want to make the hero all-powerful. Use different rifle models from the simplest to the most sophisticated. Unlock several levels and complete them all. Watch the health meter and don’t let it empty.

View the location of opponents on the mini-map and track their movements using a kind of radar. Like The Survival Hunter Games 2, you will be able to pump agility, accuracy and tactical thinking. Three-dimensional pixel graphics, a variety of arsenal, the ability to shoot enemies even in helicopters – all this will help to spend your free time in a fun way.

Mod “A lot of money” will make sure that the money does not run out.