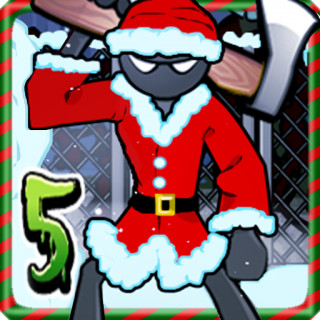 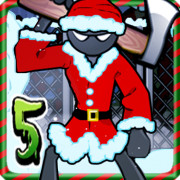 Anger of stick 5: zombie is an action-arcade game about the legendary Stickman from the COWON studio.

The original idea of ​​the developers can be traced through all the games in the series: Anger of Stick 1, Anger of Stick 2, Anger of Stick 3 and Anger of Stick 4. In the story you have to fight against bloodthirsty zombies. They appeared as a result of a failed experiment on humans. Rescuing civilians is your main task. Use various weapons to kill opponents and rescue hostages.

In addition to the main line of development of events, the game has a number of additional missions. Their fulfillment will bring many pleasant bonuses and rewards. The further you advance, the more enemies you will have to crush. So, do not forget to equip your character with the most effective weapon that is not free.

In order not to pay attention to financial problems during the battles, try to download the hacked Anger of stick 5: zombie on Android for free. In Anger of Stick 5 You can play in single-player mode, or you can become a zombie yourself, choosing 3 friends out of possible 6. In addition to accuracy, speed and hand-to-hand combat skills, you will need ingenuity, observation and cunning.

Mod “A lot of money” will give access to game currency, which you can use to buy improvements.