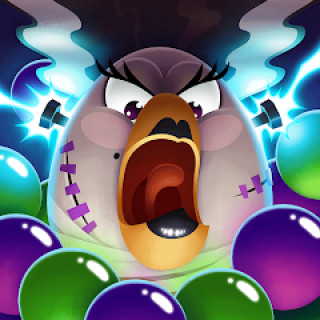 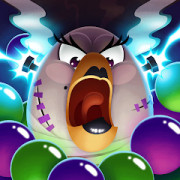 Angry Birds POP Bubble Shooter is a casual game with characters from Angry Birds in which you, together with Red, Bomb, Chuck, Stella and company, have to pop bubbles to save cute chicks from green pigs.

You need to shoot colorful bubbles and make combinations of identical balls. When they burst, the playing area is cleared and the villains with spots fall. As soon as you save the chicks from captivity for a certain number of moves, the level ends. Do not have time – you will lose your life. It seems pretty simple.

But the further, the more insidious the enemies become and an easy victory may not come. For these cases, the game provides amplifiers that allow you to destroy many balls of different colors at once. Boosters can be obtained by blowing up several groups of balls at once.

Familiar characters, bright graphics, uncomplicated controls, more than 1000 levels, the number of which periodically grows – the game will not leave indifferent any connoisseur of the genre. And fans of angry birds will not disregard Angry Birds AR: Isle of Pigs. If you failed to save lives, you can download the hacked Angry Birds POP Bubble Shooter for Android for free.

Mod “A lot of money” will give you the opportunity to buy lives for coins to get even more money.