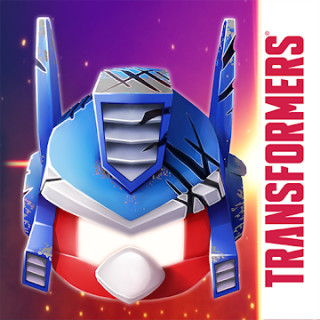 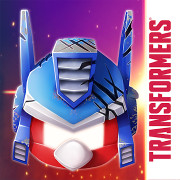 Angry Birds Transformers – an alternative story of the life of evil birds in the war with Transformers.

The theme of transformers became very popular after the release of the film of the same name, and with each new part, more and more games with this theme appeared on the Internet. It’s time for Angry Birds Classic to transform into brand new creatures and conquer their enemies. You will become the Autobirds, led by Red, who acts as Optimus Prime.

Unlike Angry Birds 2 or Angry Birds Star Wars, here you will not fight with pigs, but, on the contrary, become their allies. The war is going against the distraught Eggbot birds, who deliberately went to the Pigs in order to seize all their territories. All your characters can transform into cars, and then destroy everything on their own with the help of advanced weapons.

You just need to download the hacked Angry Birds Transformers for Android for free, not only because of a completely new and fresh idea, but also because a more expanded world and possibilities of interaction with objects have appeared here, because your birds have hands! There are also co-op functions, in which you can enter the arena and individual levels with your friend.

Mod “A lot of money” will open for you an infinite number of coins and crystals, which will not let you lose in battle even with the most difficult opponent.