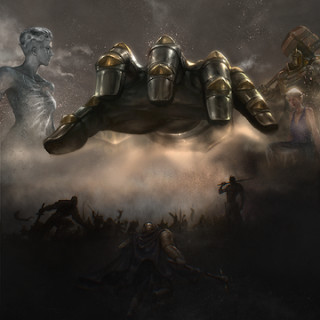 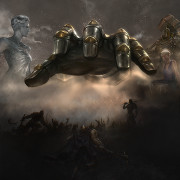 Animus: Revenant is a legendary action game where you will be a warrior who embarked on the warpath against an ancient evil and his minions.

Your hero has been summoned to save humanity in a world called Cadmea. Get to bloody memories and do not give them into the hands of enemies. Bring peace and retribution as you end the ongoing battles. Try downloading the jailbroken Animus: Revenant on Android for free to get to the end without limits. Hope for a bright future and a bulky hammer will become your faithful companions.

Explore a dark reality teeming with monsters. Get involved in spectacular fights, the outcome of which depends on your abilities and combat talents. Find treasures, artifacts and items that will help you survive. Upgrade your character, equip him with strong weapons and equipment. Prepare your fearless hero for the upcoming challenges. Craft things from the extracted resources and use cool techniques in battles.

Follow the development of an amazing story through dialogues and conversations with residents. Complete the main story quests and side quests. The dark fantasy reality will bring many surprises, not leaving indifferent fans of Vengeance RPG and Pascal’s Wager. Combine hand-to-hand combat skills, choose and change your arsenal depending on the type of enemies and terrain features, because well-thought-out tactics will allow you to defeat even stronger bosses.

Mod “Full version” will make available the purchased full version of the game.