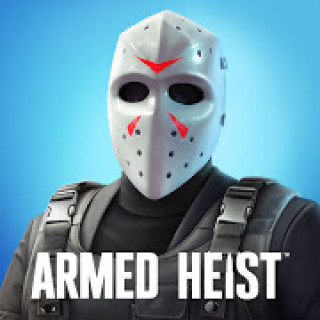 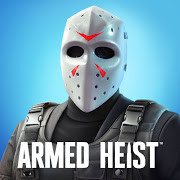 Armed Heist: shooting games shooter is a gangster action game that will make you a bank robber who loves spectacular robberies.

If you like power and money, then welcome to the game. Become one of the elusive robbers who scares all the owners of nearby banks. Go to work, armed with modern weapons and do not be intimidated by meetings with the police. 70 unforgettable shootouts and chases only add adrenaline and drive.

You will have access to the base of all nearby establishments with a low level of security. And armored vehicles will allow you to get into even the most secure storage. Use machine guns, sniper rifles, shotguns, pistols. Create the most powerful weapon, combining the best sights, silencers, grips, camouflage.

Create a fearless and elusive character by changing his costumes, masks, body armor. Who will you be today: special forces, a clown or an unremarkable person? It is also worth downloading the hacked Armed Heist: Shooting Games for Android for free if you want to get even more fun. Increase your influence in the criminal world by proving your abilities in the most unexpected situations.

Mod “God Mode” will give immortality, reduce the impact of weapons.