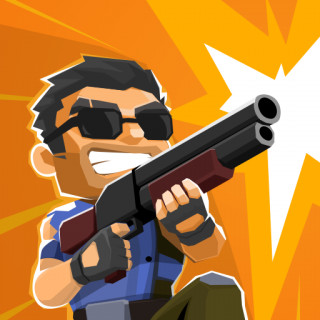 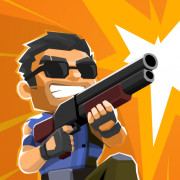 Not indifferent to shooters, monsters and cool guns? Then this side scrolling auto shooting game will give you a lot of fun. Complete over 150 missions with over a hundred different monsters. Some of them look like crazy animals, others are robots, and still others are representatives of different types of evil spirits. With each level, the danger and the number of enemies will increase, so be prepared.

Jump across the platforms trying not to fall into the clutches of enemies or traps. Meet all the characters. Among them are muscular commandos, a vampire, a zombie, and even a witch. To fight evil spirits you will need a weapon. It’s good that the game has a lot of it, namely, 140 items. At the same time, the barrels differ in the type of charge, power and other characteristics. Automatic shooting, similar to Mr Autofire, will simplify the task.

Dodge attacks and use special talents for epic victories. If you want to download the hacked Auto Hero: Auto-fire platformer for Android for free, increase the chances of salvation. Be fast, agile and accurate. Do not stop before the difficulties that arise and do not be afraid of dozens of enemies who will attack at the same time. You’re tough enough to single-handedly save the world.

Mod “God Mode” will not let the characters die.