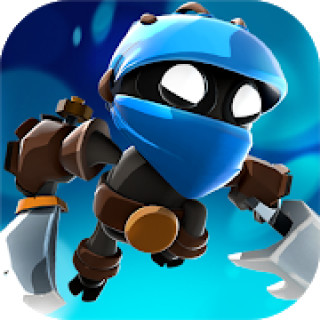 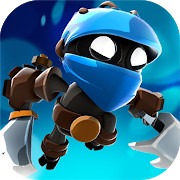 Badland Brawl is a dynamic action game where you have to destroy enemy towers.

Travel to a fantasy world where battles with rivals await you, using your team members in the form of ammunition. Unlock new characters that are stronger and more powerful than the existing ones. The game is multiplayer, which means that you will fight against friends or strangers from all over the world. Collect combinations when throwing to maximize attack damage.

You have 8 units in the deck, but before starting the battle, choose the 4 most successful ones, in your opinion. Compose crazy chain reactions for an unprecedented victory. Open mysterious eggs to upgrade your heroes. Bright attractive world, realistic physics, pleasant soundtrack. The type of combat is similar to Angry Birds Classic.

Interesting and exciting adventures – these are some of the undoubted advantages of the game, because of which it is worth downloading Badland Brawl for Android for free. Badland Brawl will surely appeal to fans of the genre who want to improve their eyes, logic and dexterity. And if you want to take a look at the skill and skills of other players, learn new tactics, then welcome to BadTube.