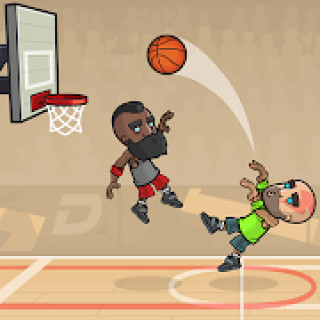 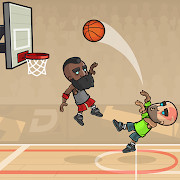 Basketball Battle is a funny sports simulator where you will play basketball.

Control only one player on the field and try to defeat the enemy. Take the ball, make deceptive maneuvers, get as close to the opponent’s ring as possible and throw it straight at the target. The goals from under the basket are also counted. Or try throwing an epic three-pointer straight from your ring.

Just tap the screen to aim and release to throw. The longer you keep your finger on the screen, the farther the ball will fly. Take this into account so that the ball never flies in the wrong direction and never misses. Take part in national competitions and tournaments, lead your team to victory over and over again. Defeat the reigning champions.

Unlock new players and gather your dream team. Compete on sites set against cityscapes, hot tropics, or in the gym. You will need to download the hacked Basketball Battle for Android for free if you want to start matches with huge financial possibilities. Then develop your skills and skill not only in this game, but also in Real Basketball.

Mod “A lot of money” will allow you to get a large amount of money and gold.