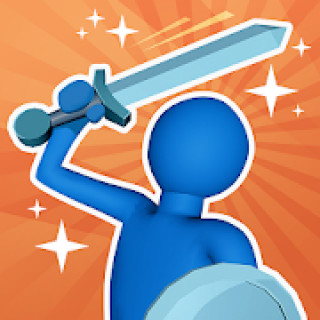 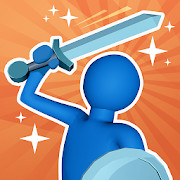 Big Battle 3D is a fun casual game about leading an army of colored people who will fight to achieve your goals.

Feel like a commander who will lead an entire army if he tries. But in the beginning, under your leadership there will be only a small detachment of soldiers. This game is reminiscent of the legendary project Art of War: Legions. Think over tactics, choose the distribution of troops and send subordinates into battle. If all goes well, you will conquer opponents, earn extra money and be able to increase the number of warriors.

Unlock new units and come up with ways to capture neighboring castles. Expand the boundaries of your possessions, send soldiers to fascinating wall-to-wall battles, find out the advantages and disadvantages of each type of formation. You only need to download the hacked Big Battle 3D for Android for free to increase the chances of success. With enough finances, getting what you want becomes much easier.

Observe how events unfold and adjust tactics depending on the difficulties that arise. Can you take over all the fortresses of the kingdom and become the owner of the largest army? Despite the laconic graphics, simple design and uncomplicated characters, the game will give fans to brainwash a lot of exciting tasks and almost insoluble problems.

Mod “A lot of money” will allow you to get endless money.