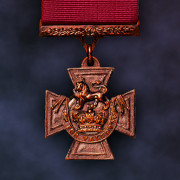 Blitzkrieg Fire is a mesmerizing strategy that can take you into the events of World War II, which took place in the European and North African theaters of war.

Become not only a witness, but also a direct participant in military operations. Get your hand in 19 campaigns spanning from the Spanish Civil War to the surrender of Nazi Germany. Control the actions of military equipment and soldiers in air, sea and land battles. Find yourself on the territory of many countries where the bloody events of 1939-1945 took place.

Command the troops of Germany, USA, USSR, Italy, Great Britain, Poland, Finland and other countries. Send over 230 authentic aircraft to battle, including the world famous Spitfire and Bf-109, as well as the less popular I-16 and P.24. Sail on 80 types of ships, including battleships, aircraft carriers, destroyers and submarines. More units can be found only in the Hex of Steel. Defeat artificial intelligence that changes and adapts to your tactics.

Simulate battles based on the capabilities and equipment of your army. If you want to download the hacked Blitzkrieg Fire on Android for free, nothing will stop you from completing all the missions. Feel yourself a part of such infamous events as Operation Barbarossa and Overlord, Invasion of Poland, Western Desert, Blitzkrieg Fire, Battle of Britain. Consider your actions and make decisions that will affect the fate of the world.

Mod “Full version” will delight the purchased full version of the game.