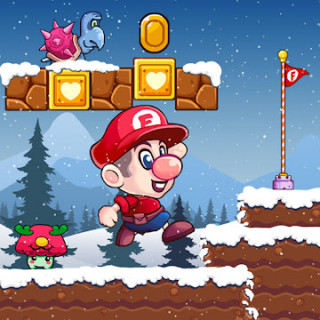 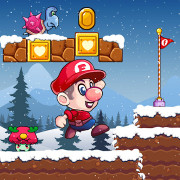 Bob World Super dandy original – bright adventures in the style of Super Mario, which will send you to a fairy-tale world to help a funny hero.

The beautiful princess is in trouble again and the beloved hero from Bob’s World goes to rescue her. Bob will have to go through many tests, traps and battles to get to the goal. Run, jump, destroy opponents and avoid ravines, bombs and other troubles. Don’t fall into gorges and don’t fall prey to monsters.

Your journey, which began in the jungle, continues in underground mines, deserts with pyramids, under the ocean water and in magical places. Collect gold coins and stars, use them to buy upgrades. Beware of encounters with predatory turtles, mushrooms, caterpillars, carnivorous plants and other unusual monsters.

Jump under the blocks, knock out bonuses and power-ups from them. This will help you achieve what you want faster. If you want to download the hacked Bob World Super Dandy original on Android for free, you can solve the hero’s financial problems. Simple interface, funny characters, entertaining gameplay will appeal to both adults and children.