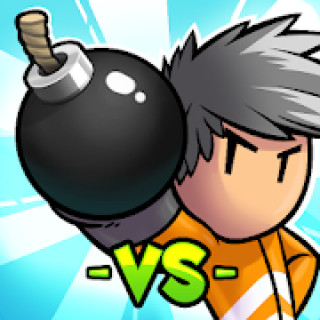 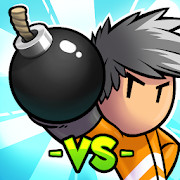 Bomber Friends is a fun and addicting game where you will survive in a maze full of bombs.

Fight with friends or casual gamers. The playing field is a maze of stones and bricks. When randomly placed bombs explode, bricks are destroyed and various bonuses appear instead. You can also drop bombs. But keep in mind that if you yourself remain trapped, death is assured to you. After all, it is impossible to pass through the bomb painlessly.

Although even after death, you can play against your opponents. Turn into a ghost and make life difficult for other players. For this you need a special spell. Defeat your opponent in the tournament and win the title of Champion. Get money and use it to customize your character. Create a unique character using accessories, teasers and greetings.

Classic gameplay in a modern wrapper, interface adapted for touch devices, addictive gameplay – all this will help you to have fun. Decide to download the hacked Bomber Friends for Android for free to make the game even more exciting. Improve your attentiveness, responsiveness and agility. Then put yourself to the test in BombSquad.

The “Everything is open” mod will unlock skins.