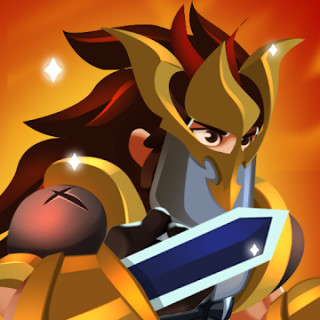 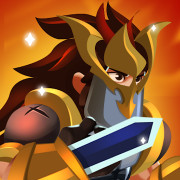 Chaotic War 3: Legendary army is a dynamic strategy that describes dizzying confrontations between heroes with unusual abilities and monsters attacking them.

Join the spectacular battles. But before that, find the perfect warriors by matching them among 50 characters. Meet the Swordsman, Archer, Golem, Mage, Spartan, Assassin, Ghost and others. The list also includes representatives of the elements, for example, Ice, Thunder, Water, Fire and Wind. Place soldiers on the battlefield and attack enemies. But at the same time, defend yourself with incredible talents and solve tons of problems.

Complete over 150 missions. The first ones will be simple, but each subsequent one will make you sweat. It is necessary to download the hacked Chaotic War 3: Legendary army on Android for free so that the lack of funds does not prevent saving the world. Upgrade your characters’ talents by increasing their vitals, attack speed, danger and combat skills. Defeat enemies using melee weapons and fighting spells.

Take part in battles between worlds. Get gold, which is required to upgrade and upgrade soldiers. You will not only need brute strength, but a thoughtful course of action. Let the talents of the heroes be harmonious to act as a united front against the monsters. Vivid cartoon characters, epic quests and simple gameplay will help you save the Metaverse from conquest.

Mod “A lot of money” will provide an opportunity to spend money, even if it is not enough.