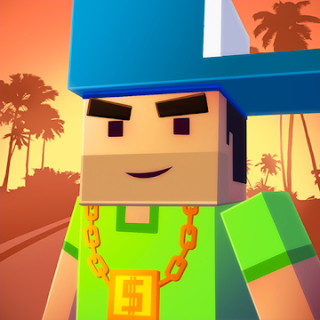 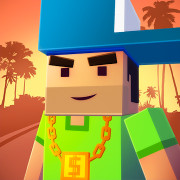 City Gangs: Bad Guys is a relaxing arcade game where you will gather the largest crowd of people, recruiting the inhabitants of the city.

Can you unite many townspeople into one large group? To find out, start the game. Go outside and recruit everyone you meet in 2 minute tournaments. But on the map you will not be alone, other users will not want to lose either. Control the movement of people and make sure that opponents do not lure them to you. Unlock funny skins and control Elvis, cowboys or robots.

The more minions you have, the greater your strength. Beware of those with more people. Collect various bonuses and hero figures. So you can have a weapon that destroys barriers, a magnet to attract new people, invulnerability. Enjoy 3D graphics in the style of Block City Wars and Pixel Combat: Zombies Strike, addictive gameplay, intuitive, simple controls.

Compete with gamers around the world. Earn points and climb to the top of the global leaderboard. You should download the hacked City Gangs: Bad Guys on Android for free to get even more features. Have fun while developing attentiveness, observation, and responsiveness.

The Free Shopping mod will allow you to buy skins even if you don’t have enough money. No money is spent on purchases.