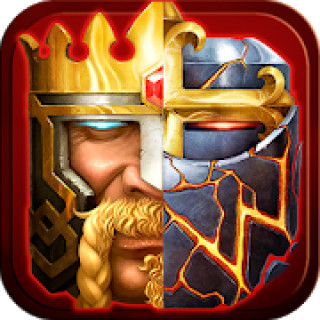 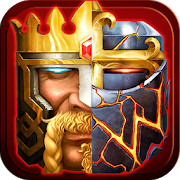 Clash of Kings: The West is a strategy about the struggle for power in a fantasy world in the Middle Ages.

Become the lord of a small castle and expand your territories. Gather a large army and go on military campaigns. Make a shield of peace over your possessions and protect them from the invasion of enemies. Collect resources to build new structures. Study science and increase the number of coins earned for collecting resources. Build barracks, farms, sawmills. Recruit more powerful types of troops and even dragons into your army.

Join alliances to attack common enemies. Fight against players from all over the world on different servers. Defend the honor of your country and go to conquer only the castles of foreigners. Raise the rating of your country. Take the king’s help if your castle is on fire. Or become the master of all nearby territories. To achieve this, you need to download Clash of Kings: The West for Android for free.

But at the same time, the game will pump tactical and strategic skills, teach the art of war. Three-dimensional colorful graphics, exciting gameplay, simple, intuitive controls and pleasant sound will allow every player to spend their free time and relax. And if you want more adventure, take a look at another part of the Clash of Kings series.