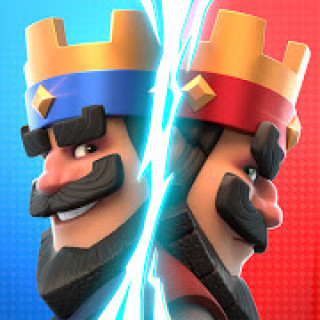 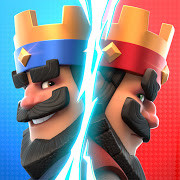 Clash Royale is a fun real-time strategy game about great knights in the arena.

Whatever one may say, but strategies in the style of Clash of Clans are very popular today. But not many people want to build villages for a long time and tediously, make raids and look after their subordinates, some just want to plunge headlong into the battle. To do this, just download the hacked Clash Royale on Android for free, where you can arrange battles all day, challenging friends or strangers to battle.

The essence of the game is as simple as possible and somewhat resembles the Hearthstone card game. You will be taken to the arena, where the battlefield is divided into two parts. On one there are you and your three structures, and on the other your opponent with the same equipment. The main task is to destroy all three structures, thereby breaking the enemy’s fortress.

You can attack with both heroes and special vehicles, but the damage from such attacks will depend only on how much you pumped your characters and their weapons. Try to fight with the strongest players on the planet and get special prizes and awards. Do not forget to spend your funds, which you receive for the victory, on new cards and equipment for heroes.