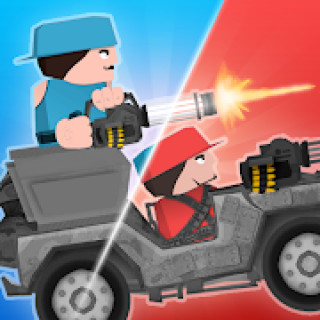 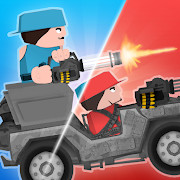 Clone Armies: Tactical Army Game is an action game in which you have to create your own clone army.

A two-dimensional world, convenient gameplay, exciting battles, simple training – this will attract everyone. The main difference between the game and similar ones is the ability to rewind erroneous actions and correct them. After choosing one of the modes, start the fight. In multiplayer mode, fight a squad of real players: friends or strangers. Create an infinite number of clones in Sandbox mode.

There are also modes of ranked combat, one-on-one battles and others. Even to fight big bosses, a special mode is provided. Complete numerous missions that become more difficult each time to receive rewards and unlock new types of weapons, improvements, types and skills of the military. Create your own invincible army of soldiers with unique skills.

When fighting opponents, do not forget to strengthen and defend your base: after all, the enemy can attack from any side. You will need a lot of money to develop your soldiers and weapons. To avoid this becoming a problem, there is an opportunity to download the hacked Clone Armies: Tactical Army Game for Android for free.