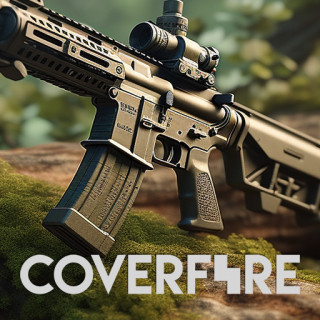 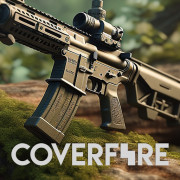 Cover Fire: Offline Shooting Games is a dizzying shooter where you lead the resistance troops.

Fight against the Tetracorp corporation as the commander of elite soldiers. Exciting missions await you in which you have to destroy the enemy as quickly and efficiently as possible. Hide for cover and shoot at enemies. But keep in mind that your health is limited, and the shelter can be blown up. Get experience points in the course of each operation and exchange them for improvements, perks, sets of cards.

Unlock unique heroes and create a super powerful team of professionals. You have never seen an inflatable dinosaur on the battlefield, have you? Take advantage of the knowledge and experience of a hacker, sniper, detonator. You will have access to a huge arsenal of a wide variety of weapons. Shoot and detonate with machine guns, bazookas, grenades, cannons, rifles, shotguns and more.

Military actions will take place in the impenetrable jungle, hot deserts, cities and villages. Your enemy is dangerous and powerful. He controls several zones of the planet, seeks to obtain element 115 and become the sole master of the Earth. You should download jailbroken Cover Fire for Android for free to get more resources and prevent it from happening. Plunge into epic battles, shootouts, fight on the side of good.

Mod “A lot of money” will give access to infinite money and VIP level 5.