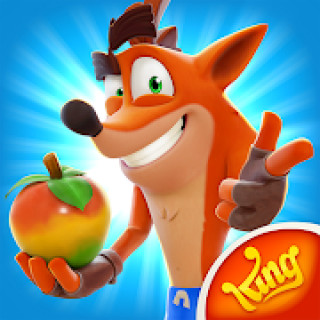 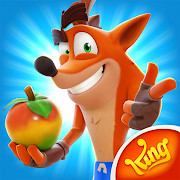 Crash Bandicoot: full speed! – action-runner from the third person, where the player has to run around the huge island of Wumpa and try to destroy the plans of the evil doctor Neo Cortex to conquer the universe.

Crash Bandicoot has returned with his friends to try again to thwart the evil doctor and his henchmen. A classic runner with its own unique mechanics in which you have to not only run, but destroy boxes, upgrade your Coco base and upgrade your weapons. All this will greatly facilitate the battle with the villains and will help to destroy the strongest bosses in the game. In Crash Bandicoot: full speed! there are many levels, some of them are secret and only the search for secret paths will help to open them.

As described just above, this is not just a runner, because here you can upgrade your base, which will help you find new enemies on the island. Go through and win races, get points, upgrade your equipment and base. We recommend downloading the hacked Crash Bandicoot: at full speed! on Android for free, try to play as Crash and his friends and ruin the plans of the evil Doctor Neo Cortex and his henchmen. The game also has a very good custom component that will allow the player to get unique costumes for Crash.