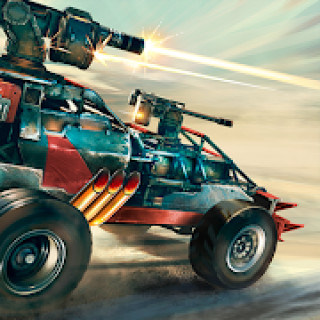 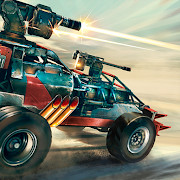 Crossout Mobile is a post-apocalyptic action game where you have to build your war machine from scratch and go to the battlefield against other players.

The freaky car-fighting action game with the coolest graphics has already been installed by more than a million players around the world. The essence of the game is very simple, but interesting. The player will have to create his car from scratch. Select wheels, frame, engine and weapons. Crossout Mobile is so diverse that creating a unique car will not be the slightest difficulty, and the number of weapons that can be installed on a car is simply off scale.

Therefore, we strongly recommend downloading the jailbroken Crossout Mobile for Android for free, collecting your war machine and going to the battlefield against other players. With this game, you can find out if you are a genius of thought, a mega-engineer capable of creating the deadliest machine in the entire game.

Fight against players around the world in 6×6 format, and the game’s graphics and unique damage system will only help prove that you are the best. During battles, shoot at the vulnerable spots of the opponent in order to knock out his weapon or completely immobilize and destroy. Crossout Mobile is a game that any mobile device owner should try to play.