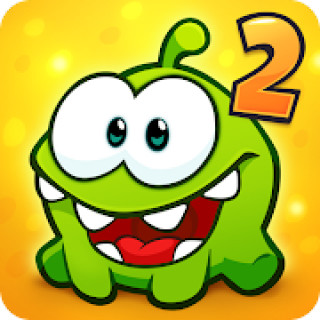 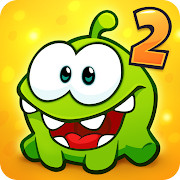 Cut the Rope 2 is the official sequel to the funny story of Om Nom, a monster out of the box.

Once upon a time, a box with an unusual monster appeared on the doorstep of the house of a scientist from the game Cut the Rope: Experiments. He was very sweet and friendly and also very fond of sweets. Today we offer to download the hacked Cut the Rope 2 for Android for free, which will tell a new story of an already beloved hero. If earlier Om Nom just jumped from box to box, thereby opening blocks with levels, now he decided to go on a long journey.

Find your treasure as you pass through forests, mountains, busy streets and car dumps. In the second part, significantly more additional characters appeared, as well as obstacles in the path of the hero. Also, the player’s ability to interact with the outside world has become many times wider. In addition to your help, Om Nom will be able to get it from his team, but still you will have to guide the monster’s friends.

Help the helicopter Verto, another monster Buka, Lyamza and many other assistants to get to the cherished sweets and deliver them to Om Nom. Cut the Rope 2 will open up a new world of the familiar game. Although the plot is still the same, this does not prevent the new part from looking fresh and unusual. Of course, unusual locations and the ability to travel greatly influenced the novelty of Cut the Rope 2, but the familiar levels still remained.