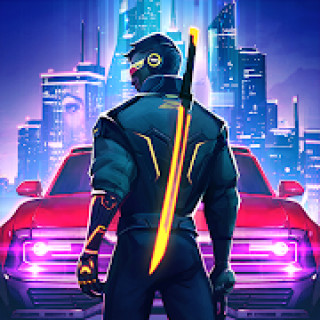 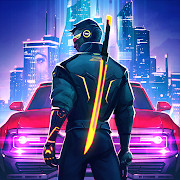 Cyberika: Cyberpunk RPG is a spectacular role-playing game in which you will find yourself in the cyberpunk world of the future and become a cool mercenary.

Fast forward to the future, to a city called Bradbury Complex. Here, crime has flooded the streets. The population is either damn rich or lives in shacks and suffers from poverty. Your hero is a mercenary. He does what he pays more for. Choose your appearance and start your career. Live in a terrible apartment on the outskirts. But later on, you will have enough money to move to an expensive area.

The main character is not quite an ordinary person. He has implants in his body that allow him to have superpowers. Use futuristic weapons including laser cannons, blasters, energy rifles and pistols. If you want to download Cyberika: Cyberpunk RPG for Android for free, you can feel like a superman. Drive cool cars by yourself or using the autopilot.

Fight against punks, cops, robots and cyber-ninjas. Complete story missions: help a hacker friend rob a secret laboratory or steal a rare car for another friend. Visit the Downtown area for some of the most dynamic battles and exciting events. Develop your character, make him better and more powerful. Try to become a sought-after mercenary who will be approached by wealthy and influential clients.