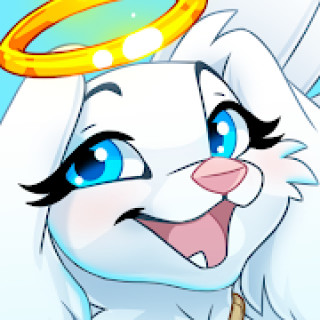 Dungeon Dogs is an atmospheric adventure that tells the story of rebel dogs determined to overthrow the king of cats.

The game was invented and implemented by the developers of the equally captivating story of Castle Cats: Epic Quests. But this time you will help Lyra, Ken and Popper to overthrow the rule of the tyrant-king, who considers dogs to be the second class in the state of Lupinia. You need to download the hacked Dungeon Dogs game for Android for free if you want to increase the chances of success. You will definitely need luck.

Embark on an entertaining journey, gather your squad of war dogs and fight an army of numerous opponents. Collect the entire collection of over 45 dogs with wonderful abilities. Train and educate them to win wall to wall battles. Choose “Endless” mode to prove your skills over and over again.

A fascinating, detailed plot, incredibly cute characters and simple controls will keep you occupied for a long time. Explore the whole fairyland, defeat enemies and bring peace to the dogs. Learn to think ahead, think over strategy and tactics, find out the weaknesses of opponents, assemble a team where each hero will enhance the abilities of the other.