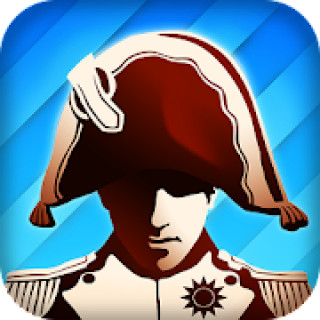 European War 4: Napoleon is a legendary turn-based strategy game that tells about the events that took place during the time of Napoleon, in which you will participate in military operations.

Travel to the late 17th and early 19th centuries, a century when wars raged almost non-stop. Decide which of the 3 modes you want to play first. Each of them will give a lot of pleasant impressions. So in the “Campaign” mode, you must select one of the proposed states, the army commander of which you will become. In 6 zones and during 84 military operations, you need to lead your power to victory.

In “Conquests” 6 time periods are suggested, when bloody confrontations took place between dozens of countries. Decide which state you will fight for and start battles. In the “Multiplayer” mode, all actions take place between real players. Hurry up to download the hacked European War 4: Napoleon on Android for free if you want to increase the chances of winning. After all, the war will be fierce.

Think over tactics and military strategy, just like in European War 5: Empire – Strategy. Hire the great commanders of that time: Murat, Kutuzov, Nelson, Wellington, Napoleon. Place your army and weapons, upgrade their skills and improve their abilities. 42 countries and 200 generals, over 130 types of units, 46 general skills, 58 treasures and warriors around the world are waiting for you. Zoom in and out on the map to see the whole world or in detail. Realistic landscapes will make the gameplay even more exciting.

Mod “Many medals” will allow you to get an unlimited amount of money and medals.