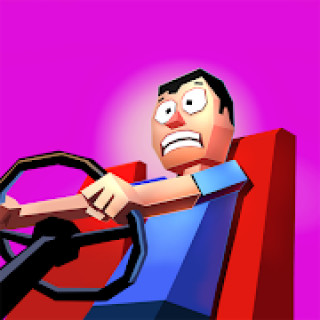 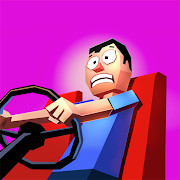 Faily Brakes is a very fun and atmospheric game about a loser car enthusiast whose brakes failed and his car went downhill.

You had a long way to go to your friends, but something went wrong and the car stopped obeying you. Now you just rush forward and all that remains for you is to try not to crash into obstacles. For connoisseurs of funny runners with unusual plots, we advise you to download the hacked Faily Brakes for Android for free. This game resembles the famous Subway Surfers in its plot, but differs in angular graphics, which in many respects repeats the Land Sliders.

Faily Brakes has a wide variety of characters that will unlock with every new achievement and record you make. You will ride not only by car, but also on a bicycle, motorcycle and even on objects that are not at all intended for movement on them. As for the controls, everything is also very simple here, just slide your finger in the right direction to make your hero move.

On some cars, you can install weapons that can destroy some of the obstacles, but at the same time, this weapon will not save you from a high-speed train. All the coins that you collect along the way affect your rating, and besides, you can buy many nice things with their help. The game has over a hundred levels and three travel modes, one of which will tell you a whole story.

Mod “A lot of money” will open all costumes, all cars and added endless boosters.