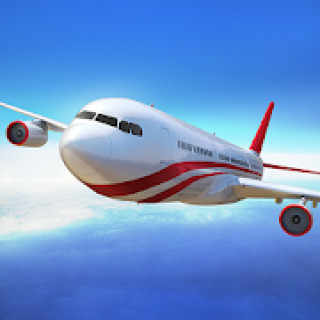 3D Flight Simulator: Airplane is an amazing flight simulator where you can feel like a real pilot conquering the sky.

As with games in the same category as Flight Sim 2018, Extreme Landings Pro, AIRLINE COMMANDER put your plane piloting skills to the test in this realistic game. Fly a wide variety of aircraft: military, supersonic, fighter, airliner, simple aircraft with only one engine. The game is divided into episodes, each of which consists of several tasks.

For their implementation, the pilot receives up to 3 stars and a reward. A huge variety of missions and situations are waiting for you: take part in races, extinguish city and forest fires, rescue drowning people, fly through the rings, and land a plane on an aircraft carrier. Each task will teach you to react quickly, think over solutions to situations as quickly and efficiently as possible. Alternatively, you can relax and unwind by taking a free flight.

Enjoy picturesque landscapes stretching for many kilometers. Control aircraft with the accelerometer and feel like a pilot even more. You can also download the jailbroken 3D flight simulator: Airplane on Android for free if you want to make things easier for yourself. Become a professional pilot who can tackle even the most difficult tasks.

Mod “A lot of money” will provide an unlimited amount of currency.