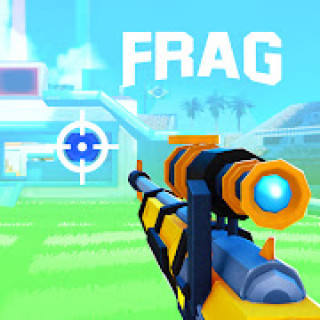 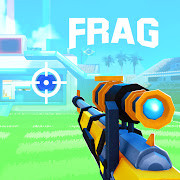 FRAG Pro Shooter is an exciting multiplayer first person shooter with many characters to choose from.

Gather your own team of 60 possible heroes. Each of them has its own weapons and superpowers. Someone runs fast and shoots pistols, someone uses rockets or can take a short flight into the air. Learn the abilities of the heroes and use their skills for a productive fight. Enter the arena in real time one-on-one. Shoot and blast your enemy.

Get points for attacking the shields of enemies. But beware of retaliation. Even if your hero is killed, you still have the ability to be reborn in the body of another. Look for and collect cards that can be used to improve the characteristics of heroes and teach new skills. Meet other gamers in the game and create your own support group.

Join a club of like-minded people or create your own. Shoot battles and decks, share the record with your friends. Try to download the hacked FRAG Pro Shooter for Android for free and increase your chances of defeating even the most formidable opponents. For even more battles, check out Respawnables and Battlelands Royale.

Mod “A lot of money” will allow you to increase money and diamonds when shopping.