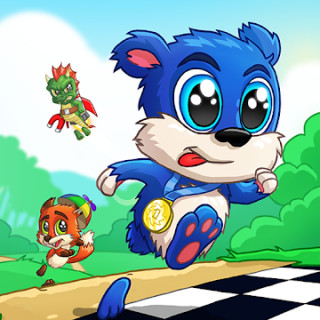 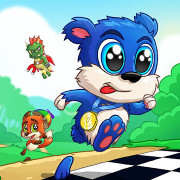 Fun Run 3 is an arcade race between funny characters where you need to have luck and ingenuity to be the first to reach the finish line.

The third part of the funny races was not long in coming and finally came into being. Fun Run 3 is a very funny race in which each character has a lot of traps and abilities up his sleeve to destroy opponents. It can be a huge saw or an electric shock that will certainly slow down your opponent’s movement and even take him out of the race. We recommend downloading the hacked Fun Run 3 for Android for free, collecting bonuses during the competition, preparing traps and getting to the finish line first.

The most interesting thing is that the game is designed for multiplayer mode, where you will compete with other players and this is not that simple game against bots. Here you need to cunningly guess the moment and throw a trap so that the enemy gets into it and does not jump over. The game has huge potential and it definitely has room to grow, it has a huge community, and games are found quickly. So prepare some patience, because the tracks in the game are very difficult.

Also, in the game you can create your own clan and participate in the battle between clans, in 2×2 mode, and also, there is a new mode – Arena for 8 players. You can arrange competitions between unfamiliar players or against your friends to make the race even more interesting and exciting. In addition to all this, in Fun Run 3 there is a customization of your character, you can choose various new heroes and animals. Don’t miss your chance to become the fastest and first animal in the whole forest!

Mod “Quick Play” will allow the player to run to the limit, increasing the speed of the game.