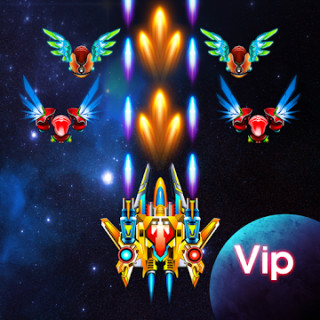 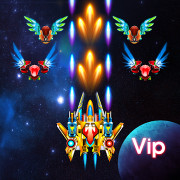 Galaxy Attack: Alien Shooter (Premium) – a galactic arcade game about protecting the planet from the invasion of hostile aliens at the helm of a spaceship.

Defend the planet from merciless aliens. Take a seat at the helm of a spaceship and shoot countless swarms of enemies. Tap the screen to control. Move around the location with one finger. Don’t run into aliens and their bombs. Catch improvements during the battle and increase the abilities of your ship.

At each level, you will find several waves of enemy ships. Each next one is more powerful than the previous one. Fight powerful bosses and kill as many invaders as possible. Or go out to battle with other users. 160 colorful missions of varying difficulty are waiting for you. Beautiful graphics, simple controls, dynamic battles will appeal to players.

Improve your dexterity, skill, speed of reaction, while having an interesting and fun time. Get generous rewards for successfully completing tasks and buy upgrades and new ships in the store. Or try to download the jailbroken Galaxy Attack: Alien Shooter (Premium) on Android for free.

Mod “A lot of money” will give you access to unlimited game currency, even without numerous victories.