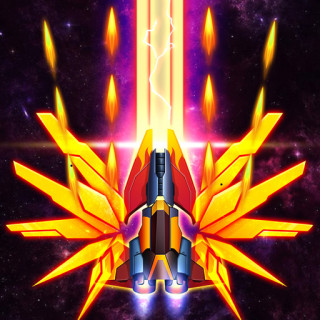 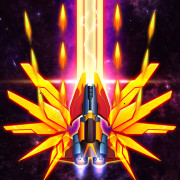 Galaxy Invasion: Space Shooter is an addictive arcade game in which you become the captain of a spaceship that has set out to defend the planet.

In the future, people have mastered other planets in the Galaxy. But previously unseen alien invaders attacked the border territories. You, as the captain of a spaceship, cannot stand aside. Fly across the endless space of stars towards hundreds, thousands of ships of conquerors. Shoot and blast them without getting hit by shots.

Opponents will attack in droves, making spectacular patterns of ships. Don’t let them catch you off guard. Unlock and transfer to more powerful ships with better weapons. Choose the “Campaign” mode and go through gradually increasing levels. Fight different types of enemies, the appearance of which and the weapons used will change.

You will meet both small, agile aliens and huge, heavy bosses. You should download the hacked Invasion of the Galaxy: Space Shooter on Android for free if you don’t want to limit yourself. Show what you are capable of. Increase your experience, earn gold coins and become the best ship captain among all players.