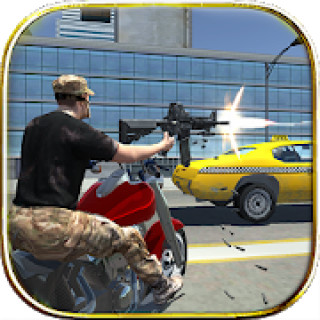 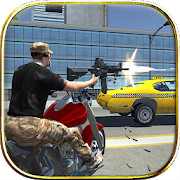 Grand Action Simulator is a dynamic action game about the criminal world of New York in the style of Real Gangster Crime, where the player seeks to create his own gang.

Go to a huge metropolis that is under the influence of criminal groups. Gangs from different countries and different nationalities have taken over the streets of your city. And then you decide to put an end to this outrage … by becoming a new criminal authority. But your hero will start his career from the very bottom. In the beginning, you will play the role of “six”, but gradually the power and skills of the character will increase. Drive around the city in cool cars, bikes, tanks, fly helicopters.

Shoot, rob, blow up, wreak havoc, avoid meetings with the police. Use weapons to make others listen to your requests. Go to the store to buy everything you need to complete missions. You will need to download the hacked Grand Action Simulator – New York Car Gang on Android for free in order not to have problems with cash. Explore a huge open world, city and suburban landscapes, become a reckless person living for one day.

The Free Shopping mod will provide you with unlimited money supply.