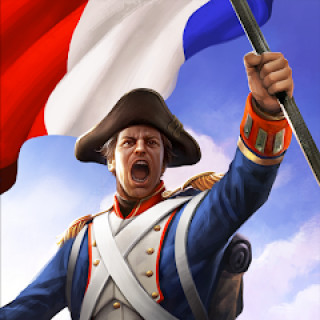 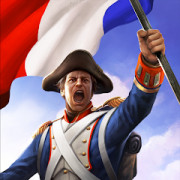 The Great War: European War is a colorful military strategy that will make you the commander of armies in wars in the late 18th and early 19th centuries.

Find yourself in the era of the Napoleonic Wars: the game includes events from the Great French Revolution to the Battle of Waterloo. Start commanding troops and lead your country to greatness. You will control all aspects of the functioning of the army. Even resource production and city planning will be up to you. It will take military tactics and wise management to be successful.

Invite the great generals and commanders of that time: Napoleon Bonopart himself, Kutuzov, Admiral Nelson, Blucher, Bismarck and Murat. Try to download the hacked Great War: European War on Android for free, so that you have enough funds to implement all your plans. Depending on the country you choose, you will have unique types of troops, for example, Imperial Dragoons, Red Lancers, Grenadier Regiment, Guards Infantry Regiment and Old Guard.

The unique morale system will prevent soldiers with low morale from winning. Keep track of this characteristic of the army. Build engineering structures, erect defense towers and walls on the battlefields. Complete more than 50 levels, each battle in which took place in reality. Command the guards, artillery, infantry, provide your soldiers with the best weapons of their time. Fight in winter and summer, day and night.

Mod “A lot of money” will provide endless game currency.