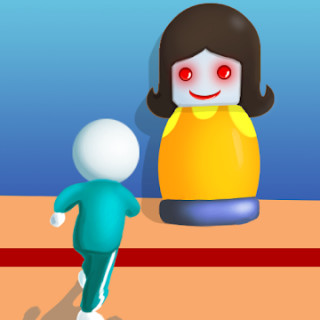 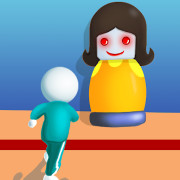 Green Light Challenge is an addicting 3D game in which you have to pass deadly tests from the Squid Game series.

Since the release of the Squid Game, a lot of games dedicated to this series have already been released, where the developers began to copy the series of the same name cleanly, but not everyone managed to do it. But for this game, everything is very good with this, because the FALCON GLOBAL LTD studio has focused on the graphics and quality of the tests themselves. Run to the finish line to win and get a large amount of money.

We can say that they found a balance between quality and optimization, which is why this game will run on almost any Android device. But if you want to really test yourself, then on our site there is an excellent game – 456: The Survival Game, which contains much more games than in the original series.

As the developers write, many will be able to face the games they played in childhood, but the ending will be completely different, because because of the loss, you can lose your life. But this is not a problem, since you play on your mobile device, and in order to do it without any problems, do not miss the opportunity to download the hacked Green Light Challenge on Android for free. Many interesting and deadly competitions will be waiting for you right in the game.

Mod “Easy game” allows you to always win, and all ads will be disabled.