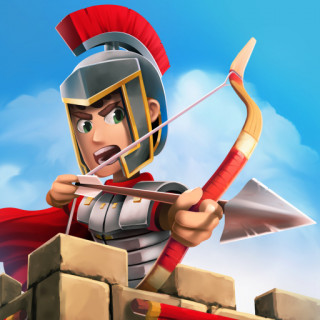 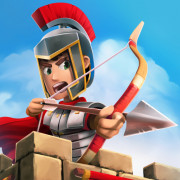 Grow Empire: Rome is an addictive strategy game where you, as Caesar, will defend your empire from enemies and go to great conquests.

The game combines features of several genres: RPG, strategy and Tower Defense. You have to take on the role of Caesar – one of the greatest military leaders and emperors of antiquity. Wanting to expand his possessions to the maximum, the ruler sent troops in all directions. The soldiers who tilled the land only yesterday will have little to do without your help.

Train your fighters and make them formidable warriors, unlock all 18+ skills and use them on your legion. 35 types of Roman soldiers, 7 different heroes, fearless mercenaries will form the basis of the army. Don’t forget to build siege engines and harness the power of the majestic elephants. Not only conquer 120 cities of the ancient world, but also survive after 1500 attacks.

To do this, you have to build strong towers and fortresses. More than 1000 building improvements will help you survive the attack of 4 enemy factions, each of which is bloodthirsty than the other. View your progress on the map and don’t disappoint the emperor. If you decide to download the hacked Grow Empire: Rome for Android for free, the gameplay will become much more pleasant and effective.

Mod “A lot of money” will allow you to get VIP-status and an unlimited number of gold coins, diamonds, points.