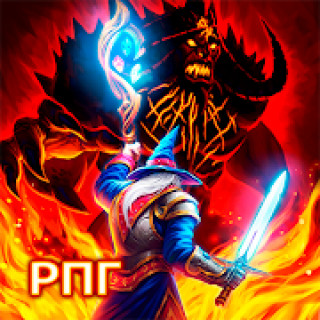 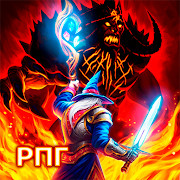 Guild of Heroes is a classic RPG set in a fantasy world full of various monsters.

Find yourself in a magical world where magic is as real as anything else. Choose a class for your hero among the mage, archer and warrior. Take a sword, bow or staff in your hands and go to destroy monsters. Dragons, goblins, orcs, harpies and dozens of other types of monsters have flooded the world. Don’t let dangerous creatures destroy people. Engage in fierce battles in which hordes of monsters will try to kill you.

Conjure, shoot, swing your sword. Upgrade your stats, equipment, weapons and get ready to face really huge bosses. You can change the character class at any time. In addition to fighting monsters, you will have battles with other gamers in real time. Enter the arena in PvP battles and show what you are capable of.

Unite with users in the guild and go to conquer monsters together. Or join the confrontation of the guilds and find out which union is worthy of admiration. To increase your chances, you should download the hacked Guild of Heroes on Android for free. And if you want even more witchcraft, check out Age of Magic.

Mod “No skill delay” will remove the skill delay and give the god mode.