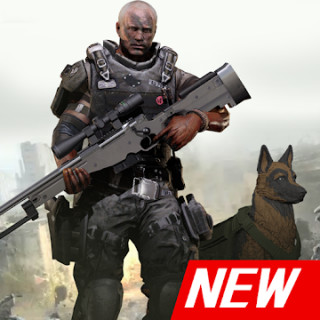 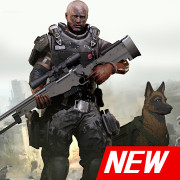 Gun War: Shooting Games is an entertaining action game that describes the bloody events that took place after the spread of the zombie virus.

An outbreak of an unknown virus turned some people into bloodthirsty creatures. Many terrorist organizations and bandits used this problem to their advantage, seizing state organizations, banks, administrations and power plants. The remnants of the government gathered a group of soldiers to solve the problems that had arisen. You will become one of those entrusted with the mission of saving the world.

Take up arms and enter the battlefield. Come up with tactics and destroy enemies one by one. The walking dead will attack you nonstop, because they do not know fear and fatigue. Take advantage of over 50 types of barrels that you can customize and improve. Explore over 50 exciting scenes and locations. Complete 124+ missions that will take you to the once vibrant metropolises and endless deserts.

Eliminate hordes of zombies and members of criminal gangs. You should download the hacked Gun War: Shooting Games on Android for free if you don’t want to put up with a lack of money. A colorful post-apocalyptic world, spectacular animation and comfortable controls will make you live all the horror of the zombie invasion and anarchy. Sniper skills, pumped in Kill Shot Bravo, will not be superfluous here. Shoot accurately and keep your cool to survive in a new reality.

Mod “A lot of money” will unlock unlimited money.