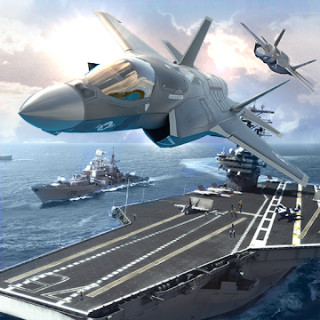 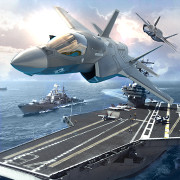 GUNSHIP BATTLE: Total War is an incredible strategy that makes it possible to conduct military operations on land, in the air and on the water using modern technology.

Join the mesmerizing battles in which high-profile victories or grandiose defeats depend on technical support and the ability to use it. You will have access to a wide variety of equipment, weapons and technology that humanity has invented, unlike Battle Warship: Naval Empire, with its naval battles. Send fighters and planes to destroy targets in the sky or from the air.

Conquer enemies on the ground using tanks, armored vehicles and machine guns. Explore seas and oceans on cruisers, battleships, submarines and aircraft carriers. If you want to download GUNSHIP BATTLE: Total War for Android for free, get acquainted with military equipment from all over the world. Perform dizzying operations. Learn different ways of waging war: air attack, bombing, joint attack, reconnaissance and others.

Find like-minded people and unite together to take part in the Alliance Wars. Design, design and assemble unique ground, air and water combat units. Use them for a tactical advantage in real-world multiplayer battles. The entire planet will become a theater of war. So a secure future depends on the decisions you make and your strategic ability.