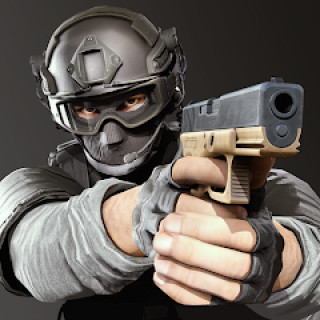 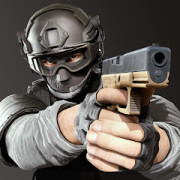 Hazmob FPS: Online multiplayer fps shooting game is an extreme action game where the player will feel like a real special forces fighter, killing enemies one by one.

A world of continuous gunfire, mass murder and spectacular explosions is ready for new shocks. Become one of those who will put things in order here. It will not be difficult for you to download the hacked Hazmob FPS: Online multiplayer fps shooting game on Android for free in order to supply the hero with everything you need. Victory or defeat is entirely up to you.

Take your weapon and start shooting, fight against others in multiplayer battles. The game has several modes. Unite in teams and eliminate enemy forces. Or be a loner, fighting opponents in your own strength. Imagine that all your comrades have turned into bloodthirsty zombies. What will you do in this case? Explore eight stunning and colorful maps.

Collect an arsenal of 20 modern weapons with cool skins. You will find the same variety in Bullet Force. Create your own games by choosing rules and cards. Or develop your character, earn money in the “Rating mode”. Feel like a special forces soldier and a sniper who is not afraid of any difficulties.

Mod “A lot of money” will unlock endless game currency and you will get free stuff without viewing ads.