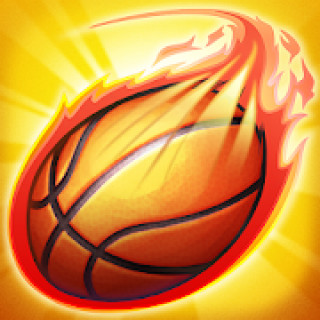 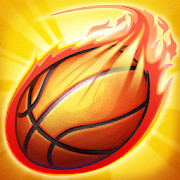 Head Basketball is an epic basketball simulator from the beloved developer of Head Soccer, where players score goals with their heads and use superpowers.

Start a legendary showdown on the pitch and head the ball into the basket. Choose a hero among 37 possible ones and customize it in the editor. Each character has superpowers with which he can gain the upper hand: powerful weapons, a powerful blow, bombs, poisonous projectiles and much more. Develop characters and create a unique hero that suits your style of play.

You can choose one of 6 modes among Campaign, Survival, Arcade, League, Death, Tournament. Enjoy realistic movements based on a physics engine. Compete against basketball players from all over the world in online multiplayer mode. Find yourself both in a traditional basketball court and among the ancient ruins, on the beach, near a pirate ship, in the city square and much more.

Control the player using the buttons that are on the bottom right and left: arrows to move, buttons to attack and strike. Try to download the hacked Head Basketball for Android for free and secure yourself with good finances from the very beginning of the game. Improve your eye, agility and dexterity, because you will need these qualities to defeat your rivals.

Mod “A lot of money” will provide unlimited coins.