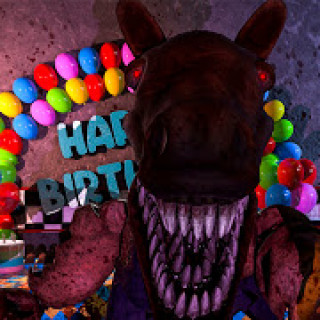 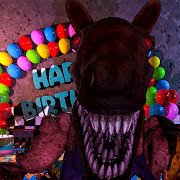 HeadHorse: Horror Game is an incredibly scary arcade game in which you have to escape from a serial killer.

If Erich Sann: The scary game wasn’t scary enough for you, then this game will definitely not disappoint. On a dark night, the main character was driving along a country road. When he got out of the car from behind the fallen trees, a terrible man with a horse’s head stunned and dragged the driver to his house. Waking up in a bloody place, you need to escape from there as quickly as possible. If you do not make it in 5 nights, you will die in agony.

Explore a huge house with boarded up windows and empty rooms. Solve puzzles and quests, reveal secrets and get to the exit. Be careful not to make too much noise to avoid attracting a horse-headed maniac. Look for items that can help you. Play in the “Practice Mode” if you do not want to meet with the enemy. During your attempts to get out, the killer will leave the house for the next prey.

Unlock two super hard modes with murder and blood. Change the appearance of the maniac, trying on skins one more terrible than the other. Hurry up to download the hacked HeadHorse: Horror Game on Android for free, if you don’t want to limit yourself in this world of deadly dangers. Put on your headphones and start playing to experience the scary atmosphere of suffering.

The “Everything is open” mod will unlock all difficulty levels, disable the loading of ads, allow you to get free things without viewing ads (for example, open tips). After starting the game, click on the round button at the top left to open the mod menu, where you can enable immortality.