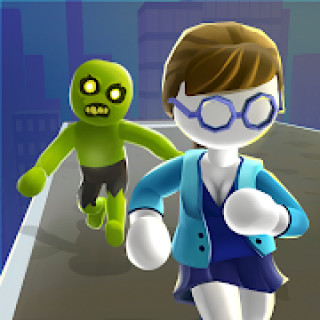 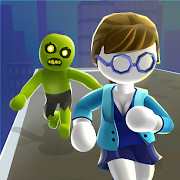 Helicopter Escape 3D is a dynamic third-person shooter in which the player will be a shooter in a helicopter shooting bandits and zombies.

The skies opened up and a combat helicopter, hellishly charged with huge cannons, descended from under the clouds, where you are a shooter and must destroy the enemies of civilians. And you will have many enemies. There will be terrorists who have taken people hostage, a huge crowd of zombies who are chasing citizens and everyone will need to be saved. Make targeted shots to defeat all enemies on the spot, or shoot until the weapon overheats to make a sieve out of the enemy, the choice is yours.

By the way, the enemy will not just chase civilians, some of them will be especially belligerent and will start shooting right at you. At these moments, you need to destroy the enemy as soon as possible. Chaos and destruction have flown with you, now no enemy can escape the watchful eye of justice. The game has a very interesting time dilation effect.

At the most critical moment, when a civilian is in danger, zombies get too close or a terrorist threatens death, time slows down and you can accurately aim and hit the enemy. The game is very addicting, so we recommend downloading the hacked Helicopter Escape 3D for Android for free. Only here you can feel like a god and bring justice from heaven.

Mod “Free shopping” will allow you to improve weapons and helicopter, completely free of charge.