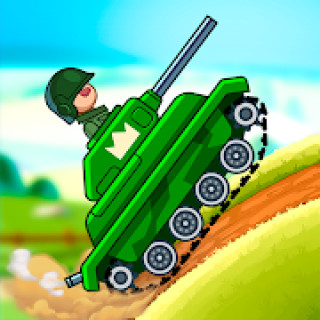 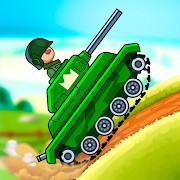 Hills of Steel is a crazy action game about tank battles, where gamers will fight against opponents, shelling them from large, massive tanks and try to destroy the opponent earlier.

Become a professional tanker as you fight and develop your skills in hot battles. Unlock cool tanks such as Joker, Titan, Phoenix and a few more. Each of them has unique combat characteristics, appearance, and armor. But you can make your transport even more powerful and deadly. Buy and install new types of weapons, armor, engines.

Fight against big bosses that will surprise you with their size and equipment. But your skills to react quickly, shoot accurately, maneuver will lead to success. Earn money and bonuses, open chests full of nice rewards. Upgrade your tanks more and more so that you have enough strength to repel even attacks from the sky.

Play against real tankers in 1v1 and 2v2 multiplayer battles. Collect trophies, climb the career ladder and even get the rank of general. You will need to download the hacked Hills of Steel on Android for free if you want to make it easier to achieve great goals. Enjoy realistic physics of controls and damage, and spectacular explosions will make the game even better.

Mod “A lot of money” will give endless money and diamonds, reduce to a minimum the requirements for improving tanks and amplifiers; will open all tanks and skins.