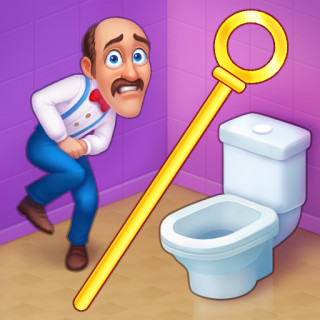 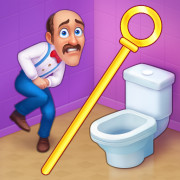 Homescapes is a casual game filled with a cozy atmosphere in which you can simply relax after a hard day.

A good butler at all times was considered a family member who gives care to children, keeps home comfort and peace. But the life of a butler is not as easy as it might seem at first glance. In Homescapes, the player will have to visit the place of Austin, the butler of an old mansion, and solve many problems to preserve the local life.

Austin will be surrounded by characters with their own character and interests, as well as a mischievous fluffy cat who will throw you additional problems more than once. So, if you decide to download the hacked Homescapes for Android for free, you have to go through the levels “three in a row”, solve various puzzles and monitor the situation in the mansion.

For each level, the player will collect stars that act as in-game currency. The stars can be used to buy various items, including the decor for the mansion. The developers paid special attention to the customization of the vast mansion. This means that you will not only solve problems, but also act as a designer, which will diversify the gameplay.

Mod “Many stars” will greatly facilitate the game.