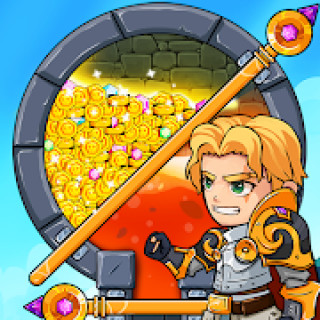 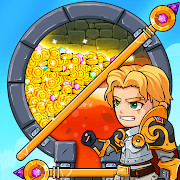 How to Loot 2 – Hero Rescue & Pin Pull is a fun puzzle game where you need to help a knight who finds himself in rather difficult and dangerous situations.

Test dexterity, attentiveness, imagination and intelligence if you want to be known as a genius for solving tricky problems. Complete levels, complete tasks and try not to kill the hero. If you want to download the hacked How to Loot 2 – Hero Rescue & Pin Pull on Android for free, make your life easier several times over. A variety of puzzles await you, where every wrong step will lead to the death of a young man.

Unlike How to Loot – Pin Pull & Hero Rescue, the difficulty of the levels is much higher here. Pull out the pins for the knight to save the princess, get to the chest with gold or defeat the monsters. Traps and obstacles are everywhere. You are unlikely to enjoy poisonous gas, hot lava, electrical charges, or buckets of water that spill over and change location depending on your actions. Don’t be discouraged, even if you fail periodically.

Because during the passage of 180 missions, losses are inevitable. You can always try to go all over again. Unusual portals, mechanisms, and pipe systems won’t make things easier either. But the joyful meeting of the brave hero with the captive princess will not let you quit what you started. And the monsters will not disappear on their own.

Mod “A lot of money” will not allow money to decrease.