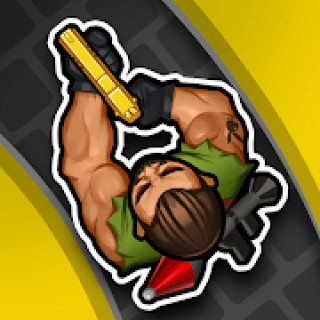 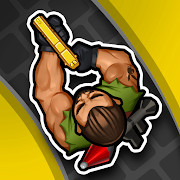 Hunter Assassin 2 is a dizzying action game in which you will become a legendary mercenary and complete missions to eliminate enemies.

Your hero is a famous shooter in narrow circles, capable of completing tasks, no matter how difficult and unpredictable they may be. Climb into carefully guarded buildings, explore corridors full of armed bandits. Well, if you want to download the hacked Hunter Assassin 2 for Android for free, make your life easier several times over. After all, you have to single-handedly defeat dozens of enemies.

Watch everything that happens from above. Do not come under the light of lanterns and try not to draw undue attention of the guards. Collect the loot dropped after the kill. Unlock cool models of assault rifles, rifles and pistols. Upgrade them and use the improvements. Change your character’s appearance by choosing among several images that best suits your character and preferences.

Defeat dangerous bosses. As in the first part of the Hunter Assassin, you will need all the strategic thinking, attentiveness and observation available to move forward. Act quickly and ruthlessly, deftly dodge an attack, don’t let your enemies turn on the alarm. Otherwise, everyone will pounce on you in a crowd, then it will be almost impossible to get out of the trouble.

Mod “A lot of money” will allow you to become the owner of endless reserves of game currency.