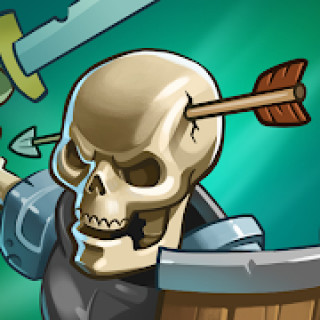 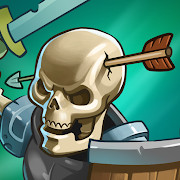 Idle Bounty Adventures is an atmospheric RPG in which you become an explorer and set out to explore a mysterious island full of enemies and monsters.

It’s time to feel like a discoverer of the past, who ended up on an island. This mysterious place is fraught with many secrets and dangers. Learn as much as you can about the island by exploring every corner. But be careful, giant spiders, wild animals and unfriendly natives may be waiting for you.

Unlock and hire warriors who look like armed skeletons, ordinary people, ogres or other equally funny creatures. Each unit has its own weapon and fighting style. Do not forget to download the hacked Idle Bounty Adventures on Android for free and you will not be afraid of financial problems. Gather an army and think over the alignment of forces to repel all types of enemy.

Find ancient temples and structures. Rare artifacts and treasures are hidden inside them. Become a commander who knows how not only to lead, but also to convince enemies to join him. Complete tasks and let the army fight even in your absence. When you enter the game, pick up the rewards and start coming up with new winning tactics.

Mod “A lot of money” will make you the owner of unlimited game currency.