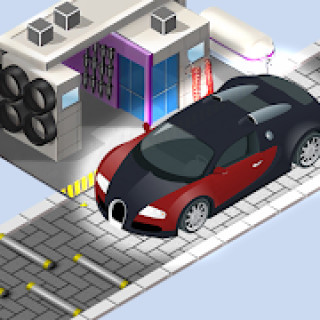 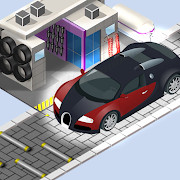 Idle Car Factory: Car Builder – the game is a simulator of the owner of a car factory. Improve the line, come up with new models of cars, the success of the entire plant depends only on your actions.

An interesting simulator of a car factory, where the player will have to stand at the head of the entire factory, establish automation for the production of cars and become the largest factory in the country. The game immediately captures us with its graphics, it is done here in a very detailed way, beautiful and has its own unique style. We would also like to advise you to play a similar game called Car Industry Tycoon, which you can find on our website.

The ability to build cars is only a small part of what the game has to offer. Here you have to train employees, automate and improve assembly lines in order to reduce the cost of car production. Idle Car Factory: Car Builder, Tycoon Games 2020 has a large selection of upgrades, there are 10 types of workers, more than 200 improvements to the factory itself, and more than 150 achievements that you can get during the game.

The game turned out to be very high quality and quite interesting, so we advise you to download the hacked Idle Car Factory: Car Builder on Android for free and create your own huge empire for the production of cars. The most interesting thing is that in the game you can transfer some management responsibilities to your friends and play with them.

The Free Shopping mod will allow the player to discover new improvements faster, put some departments of the plant on full automation, and train employees to reduce costs. During shopping, money will increase.